DIAGNOSIS OF LOIASIS IN A GIRL WITH EOSINOPHILIA

We report a case of a 9-year-old girl referred to the emergency department from her primary care pediatrician for eye discomfort. Her mother was diagnosed of filariasis by Loa loa in her pregnancy, although she did not report follow-up. The ophthalmologist does not detect any pathological findings at ocular level.

Basic biochemistry and hemogram were required for emergency laboratory. Eosinophilia (1.18 x 103/μL) called attention to laboratory, and after reviewing the medical history and maternal backgroun, decides to perform a search for the Loa loa parasite. 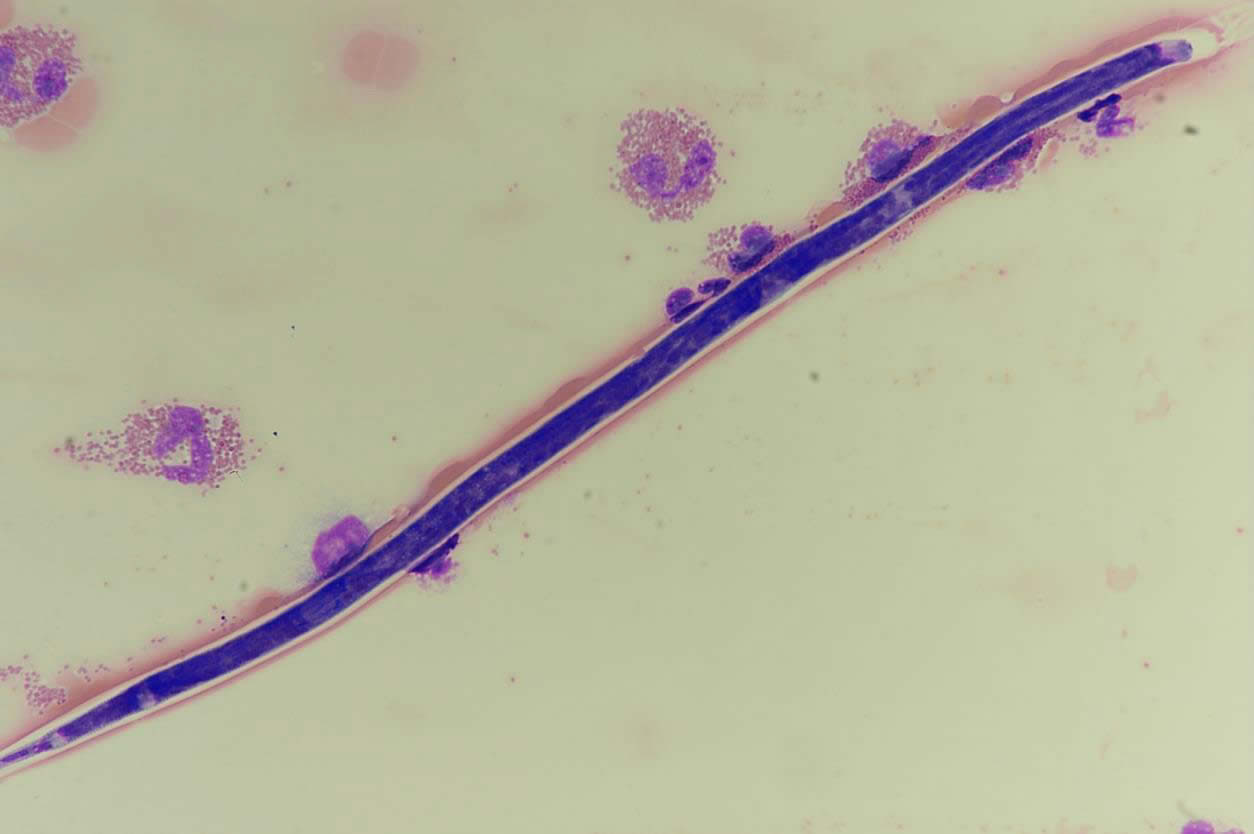 Figure 1. Image of the filaria in peripheral blood sediment with May Grünwald-Giemsa quick stain.
He decided to performs a peripheral blood sediment view to optical microscopy and a quick stain with May Grünwald-Giemsa (collecting sample from the bottom of the tube after centrifugation), offering the images and video that are attached. We decided to notify the finding to the ophthalmologist, who performed ocular examination in the quirophan with sedation without being able to visualize the parasite. A parasitological study and DNA in plasma were requested and after 2 days, the presence of 2000 microfilariae/mL in serum and DNA by Loa loa positive polymerase chain reaction were reported.

Filariasis are diseases caused by nematodes, which belong to the Filaroidea family. The involvement of the ocular conjunctiva is characteristic of Loa loa. Loa loa filariasis is considered to be endemic in countries of central and western Africa, and they do not usually affect population of developed countries, except for imported cases.

Life cycle of the parasite begins with a sting of fly genus Chrysops that introduces the larva in the host. This larva takes 6-12 months to be able to produce microfilariae and turns into an adult in 3 months. The worms are confined in the subcutaneous cellular tissue, from where they migrate to different locations during the daytime period. A high prevalence of loiasis has been reported in pregnant women in Central African countries.

Many people infected by filariasis have no symptoms, although the most frequent manifestations are warm eye and the edema of Calabar. The warm eye consists of an inflammation of the ocular conjunctiva that can present edema and itching and it is caused by the passage of the worm through the conjunctiva. Calabar edema consists of an edema of the subcutaneous cellular tissue by the passage of the worm or to substances secreted by the microfilariae.

In the case of our patient the worm could not be found in the conjunctiva because it probably had already migrated, although due to eosinophilia and family history we thought to look for the parasite Loa loa in peripheral blood. Transplacental transmission was suspected. 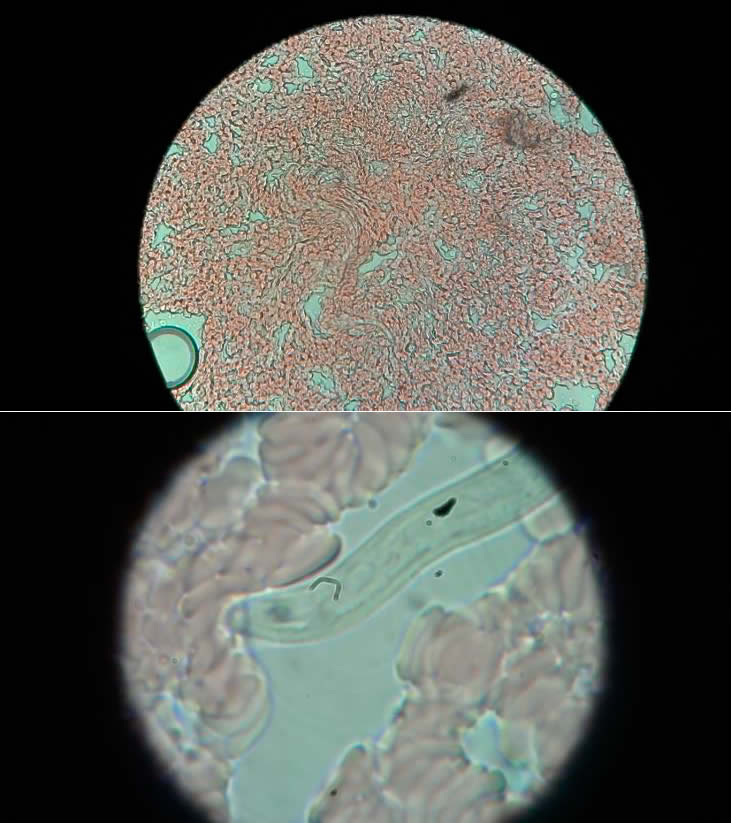